WELCOME TO THE VIRUS CHALLENGE

We have decided to  meet the virologists halfway. In the first instance we propose that the methods currently in use (experiments for Viral Theory) are put to the test. 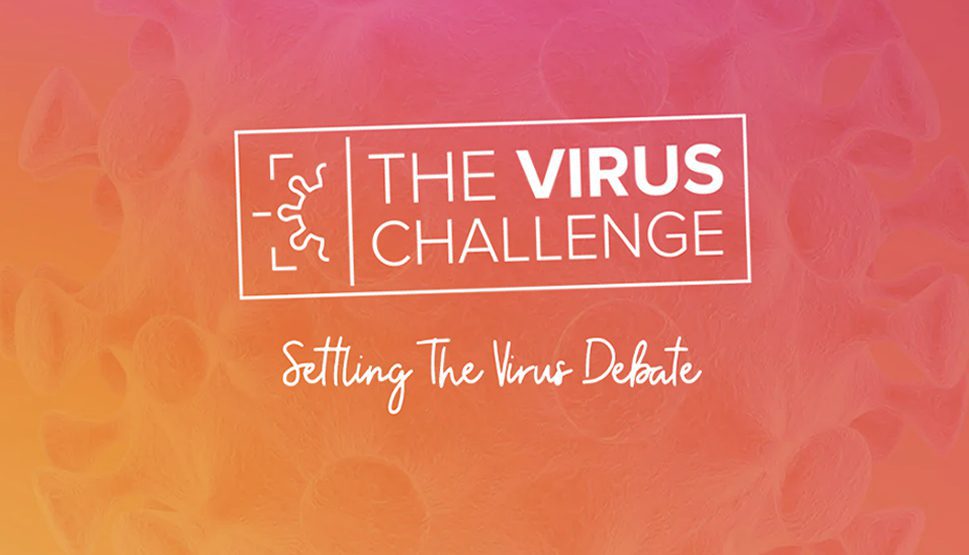 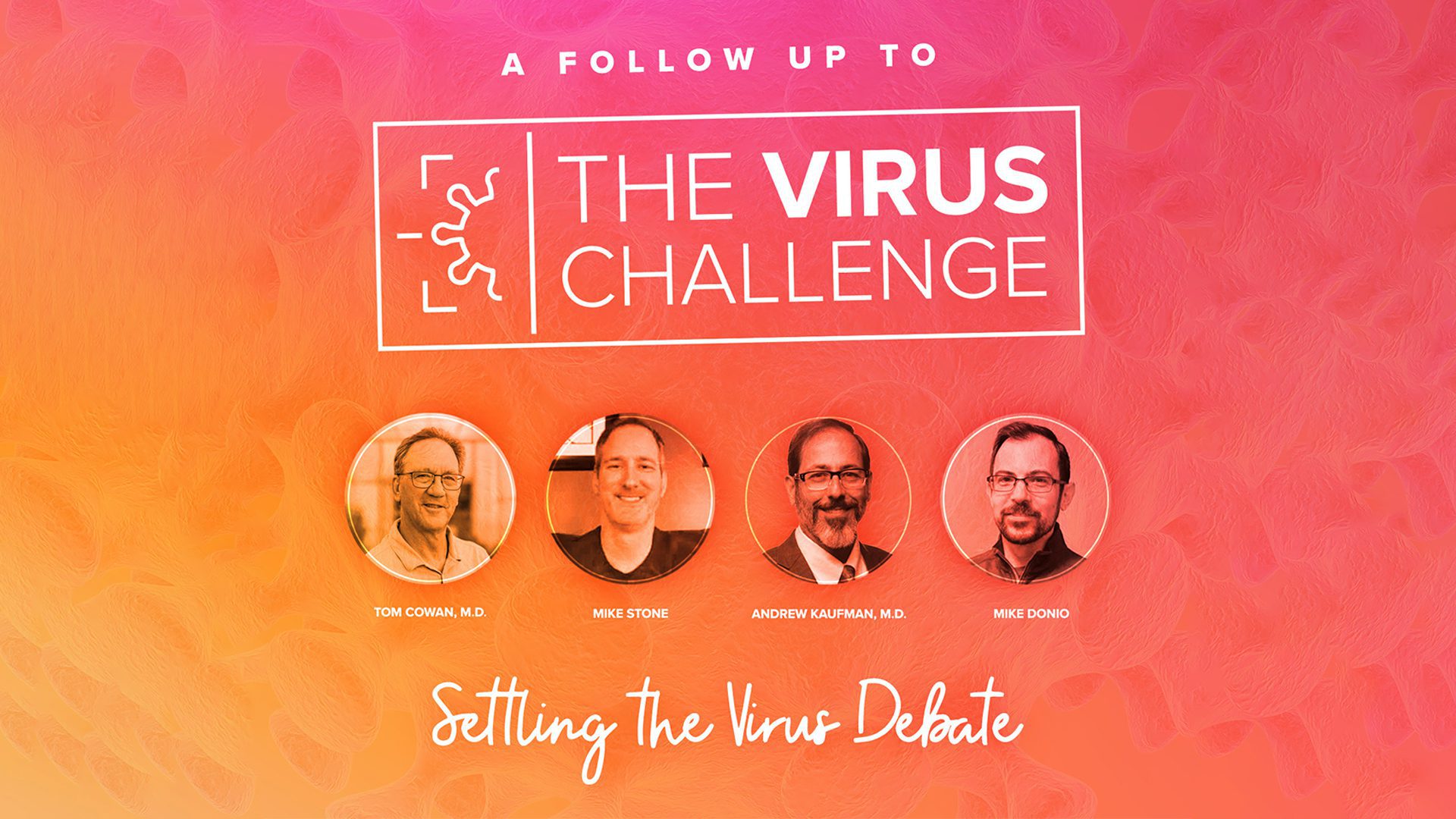 “A small parasite consisting of nucleic acid (RNA or DNA) enclosed in a protein coat that can replicate only in a susceptible host cell.” 1

It has been more than two years since the onset of the “corona” crisis, which changed the trajectory of our world. The fundamental tenet of this crisis is that a deadly and novel “virus”, SARS-CoV-2, has spread around the world and negatively impacted large segments of humanity. Central to this tenet is the accepted wisdom that viruses, defined as replicating, protein-coated pieces of genetic material, either DNA or RNA, exist as independent entities in the real world and are able to act as pathogens. That is, the so-called particle with the protein coating and genetic interior is commonly believed to infect living tissues and cells, replicate inside these living tissues, damage the tissues as it makes its way out, and, in doing so, is also believed to create disease and sometimes death in its host – the so-called viral theory of disease causation. The alleged virus particles are then said to be able to transmit to other hosts, causing disease in them as well.

After a century of experimentation and studies, as well as untold billions of dollars spent toward this “war against viruses”, we must ask whether it’s time to reconsider this theory. For several decades, many doctors and scientists have been putting forth the case that this commonly-accepted understanding of viruses is based on fundamental misconceptions. Fundamentally, rather than seeing “viruses” as independent, exogenous, pathogenic entities, these doctors and scientists have suggested they are simply the ordinary and inevitable breakdown particles of stressed and/or dead and dying tissues. They are therefore not pathogens, they are not harmful to other living beings, and no scientific or rationale reasons exist to take measures to protect oneself or others against them. The misconceptions about “viruses” appears to largely derive from the nature of the experiments that are used as evidence to argue that such particles exist and act in the above pathological manner. In essence, the publications in virology are largely of a descriptive nature, rather than controlled and falsifiable hypothesis-driven experiments that are the heart of the scientific
method.

Perhaps the primary evidence that the pathogenic viral theory is problematic is that no published scientific paper has ever shown that particles fulfilling the definition of viruses have been directly isolated and purified from any tissues or bodily fluids of any sick human or animal. Using the commonly accepted definition of “isolation”, which is the separation of one thing from all other things, there is general agreement that this has never been done in the history of virology. Particles that have been successfully isolated through purification have not been shown to be replication-competent, infectious and disease-causing, hence they cannot be said to be viruses. Additionally, the proffered “evidence” of viruses through “genomes” and animal experiments derives from methodologies with insufficient controls.

The following experiments would need to be successfully completed before the viral theory can be deemed factual:
1. a unique particle with the characteristics of a virus is purified from the tissues or fluids of a sick living being. The purification method to be used is at the discretion of the virologists but electron micrographs must be provided to confirm the successful purification of morphologically-identical alleged viral particles;
2. the purified particle is biochemically characterized for its protein components and genetic sequence;
3. the proteins are proven to be coded for by these same genetic sequences;
4. the purified viral particles alone, through a natural exposure route, are shown to cause identical sickness
in test subjects, by using valid controls;
5. particles must then be successfully re-isolated (through purification) from the test subject at 4 above, and demonstrated to have exactly the same characteristics as the particles found in step 1.

However, we realize that the virologists may not take the steps outlined above, likely because all attempts to date have failed. They now simply avoid this experiment, insisting that what they say are “viruses” cannot be found in sufficient amounts in the tissues of any sick person or animal to allow such an analysis. Therefore, we have decided to meet the virologists half way. In the first instance, we propose that the methods in current use are put to the test. The virologists assert that these pathogenic viruses exist in our tissues, cells and bodily fluids because they claim to see the effects of these supposed unique particles in a variety of cell cultures. This process is what they call “isolation” of the virus. They also claim that, using electron microscopy, they can see these unique particles in the results of their cell cultures. Finally, they claim that  each “species” of pathogenic virus has its unique genome, which can be sequenced either directly from the bodily fluids of the sick person or from the results of a cell culture. We now ask that the virology community prove that these claims are valid, scientific and reproducible. Rather than engaging in wasteful verbal sparring, let us put this argument to rest by doing clear, precise, scientific experiments that will, without any doubt, show whether these claims are valid.

STEP ONE
5 virology labs worldwide would participate in this experiment and none would know the identities of the other participating labs. A monitor will be appointed to supervise all steps. Each of the 5 labs will receive five nasopharyngeal samples from four categories of people (i.e. 20 samples each), who either:

Each person’s diagnosis (or “non-diagnosis”) will be independently verified, and the pathology reports will be made available in the study report. The labs will be blinded to the nature of the 20 samples they receive.
Each lab will then attempt to “isolate” the viruses in question (Influenza A or SARS-CoV-2) from the samples or conclude that no pathogenic virus is present.

Each lab will show photographs documenting the CPE (cytopathic effect), if present, and explain clearly each step of the culturing process and materials used, including full details of the controls or “mock-infections”. Next, each lab will obtain independently verified electron microscope images of the “isolated” virus, if present, as well as images showing the absence of the virus (presumably, in the well people and people with lung cancer). The electron microscopist will also be blinded to the nature of the samples they are analyzing. All procedures will be carefully documented and monitored.

STEP TWO
ALL of the samples will then be sent for genomic sequencing and once again the operators will remain blinded to the nature of their samples. It would be expected that if 5 labs receive material from the same sample of a patient diagnosed with COVID-19, each lab should report IDENTICAL sequences of the alleged SARS-CoV-2 genome. On the other hand, this genome should not be found in any other samples.

(Note: this statement is a brief outline of the suggested experiments – a fully detailed protocol would obviously need to be developed and agreed upon by the laboratories and signatories.)

If the virologists fail to obtain a satisfactory result from the above study, then their claims about detecting “viruses” will be shown to be unfounded. All of the measures put in place as a result of these claims should be brought to an immediate halt. If they succeed in this first task then we would encourage them to proceed to the required purification experiments to obtain the probative evidence for the existence of viruses.

It is in the interest of everyone to address the issue of isolation, and the very existence, of alleged viruses such as SARS-CoV-2. This requires proof that the entry of morphologically and biochemically, virus-like particles into living cells is both necessary and sufficient to cause the appearance of the identical particles, which are contagious and disease causing.

We welcome your support and feedback for this initiative.

SARS Variants, Spike Proteins and More All Rest on 1 Big Fat Assumption by The Freedom Articles